Is prison the best place for criminals? 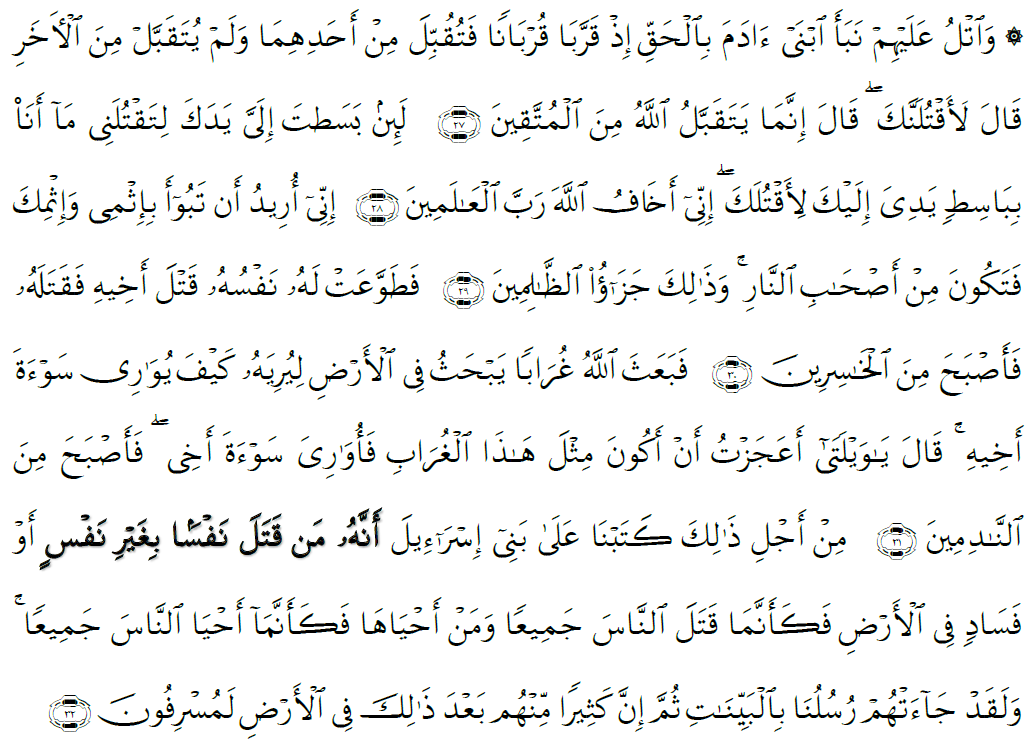 And [O Muhammad (saws)] recite to them [the Jews] the story of the two sons of Adam [Hâbil (Abel) and Qâbil (Cain)] in truth; when each offered a sacrifice [to Allâh (swt)], it was accepted from the one but not from the other. The latter said to the former: “I will surely kill you.” The former said: “Verily, Allâh [swt] accepts only from those who are Al-Muttaqûn [the pious].” “If You do stretch your hand against me to kill me, I shall never stretch my hand against you to kill you: for I fear Allâh [swt]; the Lord of the ‘Alamîn [mankind, jinns, and all that exists].” “Verily, I intend to let you draw my sin on yourself as well as yours, then you will be one of the dwellers of the Fire; and that is the recompense of the Zâlimûn [polytheists and wrong­doers].” So the Nafs [self] of the other encouraged him and made fair­seeming to him the murder of his brother; he murdered him and became one of the losers. Then Allâh [swt] sent a crow who scratched the ground to show him to hide the dead body of his brother. He said: “Woe to me! Am I not even able to be as this crow and to hide the dead body of my brother?” Then he became one of those who regretted. Because of that we ordained for the Children of Israel that if anyone killed a person not in retaliation of murder, or [and)] to spread mischief in the land – it would be as if he killed all mankind, and if anyone saved a life, it would be as if he saved the life of all mankind. And indeed, there came to them Our Messengers with clear proofs, evidences, and signs, even then after that many of them continued to exceed the limits in the land![2]

Murder is the intentional killing of a person, not in retaliation of murder.

No comments Posted in Uncategorized